I posted this in 2013.  Actually, it has been significantly reworked recently because of events described here.  It used to be a reblog of another blogger, but that person obviously does not understand the concepts of Fair Use or of reblogging, and got nasty.

So I found a section of a page elsewhere on my site on the same topic, and replaced the reblog.  I like it much better now, in fact, because I now realize the other blogger was waaaay too militant.  As the years passed, I began to feel uncomfortable with the attitude in the original reblog.  What I have here now, is far more in keeping with my current views on the topic.  Excerpts:

Silence is the victim’s biggest enemy.

Just Google “True abuse stories” to find many.  Some do it just to vent, some do it to help others who are going through similar things, to let them know they’re not worthless or stupid, that they don’t deserve abuse, that they’re not alone, and that there is a way out.

Sometimes it takes such a story to realize that you are being abused, that words can be abusive, not just fists.

In any case, rather than being accused of airing dirty laundry or “being a victim,” these people are being called courageous.

Read more of my reworked post here.  Comments are disabled here, but enabled on the original post, to keep conversation in one place.

I had some issues with the plot in the middle of my book (posts explaining my WWII time-travel book are here), but I am finally coming up with ways to smooth it all out so it works.

I’ve also been watching Wagner’s Ring Cycle on Youtube, because Hitler said you need to know Wagner to understand the Nazis.  And this is a psychological novel, not the usual WWII kill-all-Nazis theme.  I want to get into people’s heads and understand their motivations.

The Ring Cycle is engrossing and beautiful, and the inspiration for Lord of the Rings.

I have to do some more reading, but I suspect Hitler was referring to the golden boy saving the world from the greedy ones.  And you know, in the olden days, even respectable people thought Jewish people were greedy as a race.  I read the book Svengali, and it’s full of stereotypes denigrating Jews.  The author was English, not German.  Svengali was a Jew.  Just read Chaucer and you’ll find hatred of Jews, with no shame or apology.  Hemingway’s prejudice is on display in The Sun Also Rises.  You can also see anti-Jewish sentiment in The Great Gatsby.  And McTeague, the inspiration for the classic silent film Greed, has the stereotypically greedy Jew.

Nowadays the very thought of these stereotypes of Jews is repulsive, reminding us of what led to the Holocaust.  But the Nazis would have thought they (especially the golden-haired ones) were the good guys and the Jews (and everybody else on their fecal roster, probably including everyone who won WWI) were the bad guys.  So in their own minds, they’d be the hero Siegfried, and the Jewish people would be the greedy dragon Fafner and the dwarves, especially Alberich and Hagen.

The more I research, the more intrigued I get, and the more involved I get in the heads of the characters of my story. 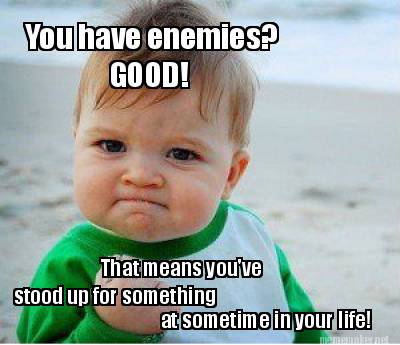