More information about this book is on Frank Schaeffer’s website.

He, like me, grew up in the evangelical sub-culture, only to later leave for the Orthodox faith.  He says that he and his father helped form the Religious Right.

Schaeffer’s parents ran L’Abri in Switzerland.  Founded as a mission, it became a kind of hostel for spiritual seekers, from everyday students to rock stars.

The Schaeffers were Calvinists; in the early days they had restrictive rules, in the days of the hippies these rules were relaxed, but in the 70s and 80s, they became strict again.

Frank Schaeffer still is pro-life despite turning politically liberal, and you can see that in his indictments of how extreme the pro-choice crowd got in the 70s and 80s.

The pro-choice crowd was so offended in those days by the pro-life crowd that they went to ridiculous extremes which essentially made the pro-life argument for them: Who could see these people as reasonable or compassionate?

But while fighting for the pro-life cause which impassioned him, he also noted that American Christianity had turned ridiculous.

He made documentaries with his father, Francis Schaeffer, which are still being used in churches today, such as “How Should We Then Live?”  (I saw an episode of this on Youtube, and it does appear to be well-done.)

He went on speaking tours, wrote books, went on The 700 Club.  But even in the middle of it, he and his father kept thinking, “These people are idiots.”

His father had a classical education and knew a great deal about classical music and art.  Frank was raised in Switzerland; while his education was spotty and he had dyslexia, he went to British boarding schools, and learned about art and music from his dad.

He spent all his young life in Europe, not in the American evangelical sub-culture.  His first exposure to American Christianity was on these speaking tours as a young adult, yet he kept stirring people up with speeches and books about how the liberals were ruining America–an America which he didn’t really know and couldn’t speak about from any position of authority.

You may know how silly American evangelicalism can get.  He had to deal with youth pastors trying to influence their youth groups into abstinence with silly songs and Sesame Street puppets; “Jesus is my boyfriend” songs by sub-par singers; poor editing standards which got him used to whipping up a first draft of a book, sending it off to the publishers, and letting them clean it up.

He knew what art really was, but he didn’t take the time to actually craft his work, whether film or scripts or books, because the evangelical publishers let him be lazy and he got used to it.

He also got to know evangelical powerhorses like Pat Robertson, Jerry Falwell and James Dobson; none of them impressed him.  He and his father saw Pat Robertson as a crazy guy who heard voices, Falwell as hate-filled, Dobson as power-hungry.

Even if you don’t always agree with him, this book is awesome.  This guy knows what it’s like to be raised under repressive rules, has seen the fakeness which has driven so many of us away from American evangelicalism, and has ended up in the Greek Orthodox church.

He freely admits to being a jerk to his wife and child in his youth and even occasionally today; he chews himself out for it and tries to do better.

He says that his wife never, ever starts an argument, and that he’s glad his kids say, “Mom is always right” because she is.  That’s not because she’s stubborn (she’s not) or has to have her way (she doesn’t) or anything, but because she simply is right.

After all these years, he still sees her as some sort of angel fallen to earth.  They married in their teens because she got pregnant.  They could very easily have divorced a few years later, and people did wonder why the heck Genie put up with Frank, but they had a family support system around them that kept them together and counseled them.

This book is a memoir, starting from his childhood in L’Abri and going all the way through his life, highlighting his spiritual crises.  It is a revealing look behind the scenes of American evangelicalism.  I highly recommend it.

Crazy For God: How I Grew Up as One of the Elect, Helped Found the Religious Right, and Lived to Take All (or Almost All) of It Back 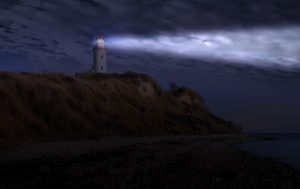 Frank Schaeffer still is pro-life despite turning politically liberal, and you can see that in his indictments of how extreme the pro-choice crowd got in the 70s and 80s.