…Well, unless you ascribe to their particular form of Christianity, which is rather strict and exclusive.

I won’t name the site/blog here because I’m not interested in blog wars or public shaming.  But I will describe what’s going on so you can keep your eyes open.

For years, I’ve supported and occasionally read another site which ministers to Christian victims of domestic abuse.  For years I’ve been totally on board with the concept that churches often make things worse by telling women to stay with their abusers and “submit.”  That is dangerous and needs to be called out.

For years there have been many good things on the site/blog, and I’ve been on their side when other bloggers/preachers try to tell them that they’re not biblical enough, that they’re wrong, that those wimmenfolk should just shut up and submit to their husbands and preachers.  Or that the site is just spreading gossip or some other charge which is meant to shut up victims and make them feel like sinners.

Well, the blog has taken a disturbing turn of late, after a changing of hands.  I can understand a personal blog or a church-run blog taking a hard line on doctrine; they understandably are from a particular point of view.  But the site I speak of, while run by Reformed believers, is a ministry that was originally to all the churches, not just one kind of church.

But now, not only does the site hold to Reformed (ie, Calvinist) theology, but if you don’t agree with it, you’re treated like a heretic–and your comments are suppressed.

For years, I hadn’t read there very often because I’ve moved on for the most part from my own abusive experiences.  Usually I looked at it when I checked how my Blogroll page was working, and saw an interesting blog post title.  So I knew there had been a changing of hands, but not how it affected the running of the site.

I noted a series of posts criticizing a preacher for how he was trying to reform abusers, but that’s fairly typical for abuse sites.  Abuse sites often complain of anger management or counseling having a naive view of how to handle abusers.

But then the blogger began criticizing his particular salvation theology.  (Sounds like he’s Arminian–which, by the way, is how I was raised.)

Imagine my surprise when the following happened:

A few weeks ago, the site owner/blogger posted on some new doctrine (ESS, or Eternal Subjection of the Son) which has been making the rounds in Fundamentalist circles, which s/he takes issue with because of how it affects marital relationships.  Since I’ve been Orthodox for the past 12 years, I haven’t been following what the Protestants have been up to so much, so wasn’t familiar with this.

The blogger began by stating that classic theology is that the Holy Spirit proceeds from the Father and the Son.  As an Orthodox believer, this got a little twitch going: 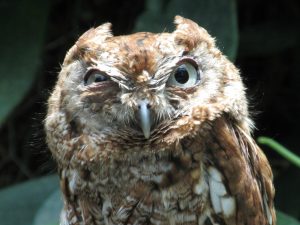 That is, that little “and the Son” is referred to as the Filioque, which, rather than being classic, was a much later addition to the Nicene Creed–and has been one of the many sources of contention between Orthodoxy and Roman Catholicism ever since.  You see, it causes a change and imbalance between the members of the Trinity.

Now, I could turn that into a cheeky comment meant to be humorous, and be done with it.  But I suspected that little Filioque was the source of this ESS doctrine, so I went Google-digging.

In a short time, I found a few websites which discussed how this doctrine came from the imbalance caused by the Filioque.  For example,

Roman Catholicism, in its zeal to defend this error has merely transferred an old Arian subordinationist argument concerning the Son, to one about the Spirit!  The irony here is filioquism is ignorantly touted as some response to Arianism, while foolishly making the very same argument the Arians did about the Son and applying it to the Spirit- that He is a product of will.  On top of that, it is touted in their dogmatic manuals, everyday apologists and classic Catechisms.  To admit this to be in error is really the collapse of the entire edifice (which is already happening anyway). –Jay Dyer, Filioquism is Arian Subordination Applied to the Spirit

As you can see reflected above, they also explained that ESS is actually a revival of an old heresy from the early centuries of the Church, called Arianism, long-since condemned after all the trouble it caused.  Heck, even Santa Claus slapped Arius for saying that the Son is not equal to the Father.  The Nicene Creed itself was a response against Arianism.

Since–rather than being a cheeky comment–this actually supported the blogger’s contention that ESS is dangerous heresy, I posted about it.

Also, by posting about doctrine, you could assume that the blogger wouldn’t mind some theological discussion.

I’m used to lively theological debates and discussions online, either watching or participating in them, or–in some cases–starting them.  (No, not as a troll, but to challenge people’s assumptions and get them thinking.)  Usually, forum and blog moderators let them go, only stepping in when somebody gets abusive.  And I am the sort of commenter who never gets moderated because I don’t get abusive.

So imagine my shock when I got an e-mail from the blogger, informing me that s/he would not post my comment.  Why?  Basically, because it spoke of the differences between East and West, i.e. challenged Reformed doctrine.  S/he told me to e-mail the site’s preacher, who knows more about the Filioque.

Oookay….So instead of the lively discussion I hoped for, or little sidenote in a discussion on a blog post, I’m supposed to e-mail a preacher one-on-one about the Filioque?  It sounded like a trap to me, like he’d be teaching me “proper” doctrine, which of course, is Reformed, not that heretical Orthodoxy. 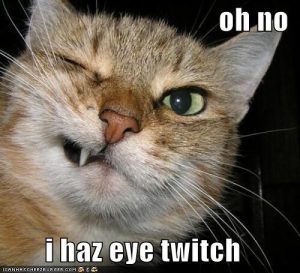 And this is right after I read in this post by Lucky Otter about bewaring of narc-run blogs:

4. The group bans, blocks, or insults people who are self aware borderlines or narcissists — and those who challenge the status quo.

…8. If the owner of the group is religious, they are dogmatic and intolerant of other religious points of view or those who disagree with their religious beliefs.

(Please note: I am NOT implying that the blogger is a narcissist.  Just pointing out that this behavior can be perceived as spiritually abusive–and that it raises up alarm bells.)

I quietly took the blog out of my Blogroll, regretfully, since it appeared that my Orthodox beliefs were not welcome there.  Then I tried to move on and stop thinking about it.

Then I read another blog post, posted last night, on a totally different blog, run by a preacher who also ministers to victims of narcissists and abusers.  I’ll call this OtherBlog.  In the comment section, one person mentioned the Reformed blog.  The OtherBlogger noted that, of late, since the blog changed hands, he could no longer recommend it because of an over-concern for doctrinal purity.  The commenter wrote that she had noted some odd posts in the Facebook group.

So I went over to the Facebook group for the Reformed blog.  Sure enough, over the past couple of weeks, the blogger has been putting up some very troubling posts.  And when people disagree with the blogger’s doctrinal viewpoints, they are argued with, even silenced–while saying that it’s not the same as silencing people.

For example, the most controversial post, calling out Billy Graham as a heretic to watch out for, because he once said that maybe people who never heard of Christ can still be saved.  The blogger complained about all the posts that started coming in, defending Billy Graham or saying that we can’t just say all those people are going to Hell for not believing in something they never heard of.

My gosh, this all smacks of the very kind of Fundamentalism that I’ve been speaking out against on my website for some 14 years, the kind I’ve been actively running from ever since I encountered Reformed theology in an Evangelical Free Church in 2002 or 2003.  This is why, ultimately, I became Orthodox: because it was as far from Reformed theology as you can get.

I see Calvinism as the source of much spiritual abuse and other kinds of abuse as well.  I could’ve been Presbyterian or UCC, except they, too, are connected to Calvinism, despite being very liberal denominations now.

Purity culture, domestic abuse, child abuse–it all goes back to Calvinism and the extremes to which it can go.  Puritans were Calvinists.  Jonathan Edwards was Calvinist; re-reading his sermon years later about sinners in the hands of an angry God, I was horrified by the kind of god he portrayed.

Evangelical churches have been getting infiltrated with Calvinism for years now.  You can read in the comment section of, say, Spiritual Sounding Board about how people have been spiritually abused by this.

My husband felt spiritually abused by the Reformed theology of the E-Free Church we attended for several years.  It didn’t start off Reformed, but began sneaking in Calvinist theology over time.  We finally had to leave because of the damaging doctrines.  Story here.

Even the church I grew up in, which was Fundamentalist and very restrictive in those days, was not Calvinist, and did not say that people who never even heard of Christ are going to Hell.  There was allowance made for what you know.

Even Pat Robertson didn’t say that the unreached were eternally lost.

St. Paul even wrote that people who did not know the Law but lived according to the Law written on their hearts, could be saved.  An article in the Orthodox Study Bible points this out.

So saying they’re all going to Hell–No, that’s not biblical, no matter how it’s wrapped up in flowery words about how such draconian rules are actually Loving and Good.

Such views of such a tyrannical god are–according to Alexandre Kalomiros–what drive people out of Christianity altogether.

So no, I can’t support a site which now insists that part of “helping” people overcome abuse is to insist they follow “proper” doctrine which is not only (according to Orthodoxy) heretical, but spiritually damaging.

Another point: Aside from doctrine, you also have views of what is proper practice, what is sinful and what is not.  Here I deviate from Orthodoxy because I believe that too much reliance on tradition over people, is how you end up with a Pharisaical church.  I will support Orthodox doctrine to the death, because it’s not just the oldest but also the most loving doctrine I’ve ever seen.  But LOVE must be the driver of how you treat people in all things.  In other words, don’t condemn the same-sex couple who wants to get married, don’t condemn the transgendered, don’t enforce the extremes of Purity culture, etc. etc.

From what I’ve seen the Reformed blog become–I would be rejected there because of this, too.  I would be doubly rejected as a heretic now: because I’m Orthodox in doctrine, and because I’m progressive in practice.

I get the impression–since others have already tried–that trying to explain this to the blogger will get nowhere.  But I can warn my readers to take care where they go for spiritual support after abuse.