I haven’t been blogging about politics much lately.  I do, however, often comment or retweet on political matters on my Twitter, https://twitter.com/nyssathehobbit/.  There’s just too much going on, I don’t want to turn my blog into all-politics, and I’m trying to focus my writing efforts on my novel at the moment.  I often work on my book for a few hours a night, and let’s face it, posting on Twitter is much quicker and easier than writing a blog post about everything that happens.  😉

So if you want to know what I think about current events, you can follow me on Twitter.  (Yes, stalkers, that’s you, too, if you behave yourselves.  😉  )  You can also keep up using the Twitter feed I post on my blog here.

For some time, my blog has not shown up in the WordPress.com Reader, even though it used to.  I thought maybe I had disconnected something or turned off a plugin while fiddling with my site a while back, trying to get it to work.  I had no idea what happened.  I thought maybe self-hosted blogs were now disconnected from the Reader.

If you have e-mail notifications turned off, this explains why you weren’t getting my updates in your Reader.

Today, after some Googling, I discovered a little button was switched off in my Jetpack settings.  I switched it on, and–

All fixed!  Now you can get updates from my blog in your Reader.  😀

I read last night in a WordPress news bulletin that Google and, now, WordPress itself will soon be forcing websites to get those fancy SSL certificates (going from http to https).  Basically through shaming (Google flagging your site on Chrome if it’s not https), lowering your SEO ranking, and certain changes in the development of WordPress.

So, okay, I went over to Siteground to see if I could get one of these certs.  Turns out you can get one for free now, through a third party which wants the whole Web to be secure, even little sites like mine that have no direct sales, and Siteground makes it available through cPanel.

But forcing everyone’s browser to automatically use the cert?  Not so easy.

Turns out some WordPress sites have issues with being forced to go to https.  You can use it easily, but if someone types an old link into their browser, they go to http.

Hours upon hours of a days-long migraine getting worse, trying to fix it, none of the .htaccess codes are working, the cPanel fix is not working, and–

My site is secure now.  Yay.

So much trouble for a little “s.”

It may not be as big as many websites, but it is bigger than many others, and certainly bigger than I ever expected it to be.

So many thanks to all my readers: I couldn’t have done it without you.  😀  (And that includes my two pet stalkers, my most faithful readers.  You know who you are.  😉  ) 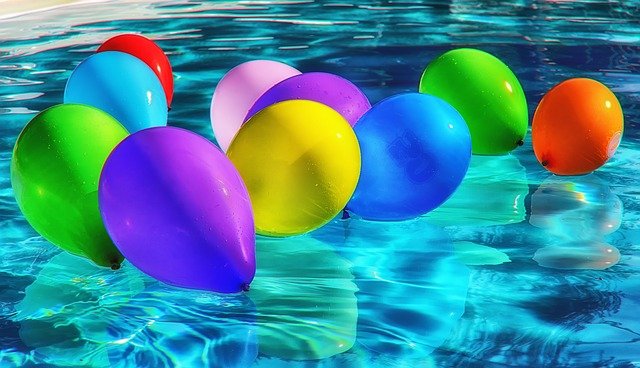 It’s been nearly three months now since I switched from Bluehost to Siteground.  Remember the crap going on with the site during the summer?  You may have tried to come on and had problems: not loading, loading v e r y s l o w l y, various error messages.  It was even worse on the backend, as I spent days upon days trying to figure the stupid thing out, and very nearly switched to WordPress.com.  And yeah, I posted about that back then.

Well, it must’ve been Bluehost.  Nearly three months on Siteground, and my site is still running.  I used to get downtimes a lot; now, none at all.  Let’s just check and make sure the Jetpack Monitor is still turned on–Yep, it’s still on and working, but I never get e-mails anymore telling me the site is down.

I just checked my load speed with https://tools.pingdom.com/: My site, in the US at least, still loads at less than 3-4 seconds, MUCH better than with Bluehost.

I also now have my domain registered with a third party instead of my hosting provider, so I can take that with me anywhere I go.

So far, so good.  I can’t say much about Siteground’s customer service because I don’t know because I haven’t needed it!  😀

As for other issues:

–Yeah, there’s still stuff going on around the whole Trump thing, but I don’t want to post about that for now.  Like lots of people, I’m burned out by the election.  Even being scared has become too tiresome.  I might read what other people post, and keep up with the news somewhat, but, ugh, I don’t want to think about Trump much right now.

Though no, I still have not resigned myself to thinking of him as “President Trump.”  {shudder}  {throw up in my mouth just like Stephen Colbert}

Though I will note that unless the Wisconsin recount truly pulls up some kind of fraud (and so far it just appears to be human error), I don’t think it’s going to change anything.  I don’t think people appreciate that Wisconsin is not actually a bastion of Democrats.  It may look that way come election time, but that’s just because Madison and Milwaukee are Democrat.  Everywhere else is mostly Republican.  I feel alone, very alone….

Also, many voters were disenfranchised recently with the Voter ID law here in Wisconsin.  Many people don’t have IDs, and there was a lot of confusing back-and-forth about how to get one.  College students suddenly didn’t know where to vote because student IDs weren’t allowed.  This article explains how so many people, in a time when you need an ID for practically everything, can still have no ID.  Also here.

So if you couldn’t get an ID, you couldn’t vote.  And a lot of those who couldn’t vote, were likely Democrat voters (minorities, college students), and enough to have potentially tipped the vote toward Clinton.  A recount won’t change this.

–Does anybody else think Once Upon a Time has jumped the shark?  I feel like it should’ve ended a season or two ago, because now:

Interesting characters are going into the background and just acting as sounding boards (I’m looking at you, Hook).

There was so much potential for the Jekyll/Hyde storyline, but then it just suddenly ended.  Very disappointing.

The writers seem to be running out of ideas, so they keep screwing around with the characters.  And since the evil characters keep turning good, they have to either introduce a new one, or make a good one turn bad again.

Unless there’s something I missed, because I really have trouble keeping up.  It doesn’t help that, since I watch it with Hubby, I can’t just back it up and re-run it whenever I zone out and/or get confused.

I often do this when watching TV or movies.  They move too fast, talk too fast, and next thing I know, somebody just died and I have no clue who killed them or why.  I’ve read that this is an NVLD trait.

It’s one reason why I HATE action movies, but LOVE slower talky-movies like Jane Austen.  That, and action movies suck for character development.

(No, I cannot stand Batman Begins or Guardians of the Galaxy!  I mean, seriously–no character development whatsoever in Guardians!  No depth.  Scanty backstory.  They’re just caricatures who argue and deliver lines that are–shall I say–pretentiously cool.  How to explain–I’ve noticed this as far back as Buffy, dialogue which seems to be trying too hard to be witty/modern/cool.  Like Zander must be delivering it with a smug look because he knows it sounds cool.  It grates on my nerves whenever I hear dialogue like that.  It doesn’t seem real.)

–We have a major home repair coming up!  Yay, more debt.  😛  But it must be done.  No more putting it off.  We don’t want the house to fall apart, after all, or hear more cluck-clucking from plumbers.  We’ve been here so long that repairs/remodeling are needed all over, but we don’t have the kind of $$$ to do that.

By the way, keep that in mind if you think it would be a good idea to own a house instead of rent: You can’t give repairs to the manager to take care of anymore.  You have to call the plumber, get the contractor, pay the $$$ all yourself.  And it’s a lot of $$$.

I’ve been watching One Day at a Time and often thinking, “I wish I had a Schneider to take care of repairs!”  I recently saw an episode of Mary Tyler Moore in which Lou had these exact same complaints, and was happy to sell the house and move into an apartment.

It’s the one and only hope I have for a Trump presidency, by the way: that the economy will pick up and make it so the middle class is no longer getting squeezed like this, unable to get anywhere.  Seriously, how is my generation even supposed to retire without pensions or a way to save AND keep up with expenses?  And now the Millennials can’t even find jobs in their field, or to pay their college debts!