After April’s fiasco on the Lulu website–after a disastrous “upgrade” which screwed up thousands of people’s projects–I’m in the process of moving my books over to Draft2Digital.  You will still see links for the Lulu version of Tojet around the Net, but I retired the Lulu project, so they should disappear soon.  The link you need to find Tojet is here.  It leads you to different vendors.  Not Amazon yet, because my old links have to disappear first so Amazon doesn’t blacklist my new links.  Amazon’s rules are draconian….. But you can find a MOBI formatted book for your Kindle here.

It’s taking so long to move my books over because the files are 12-15 years old and need extensive formatting fixes to work with modern ebooks.  The days of using your print book’s PDF as an ebook are long over.  Not only that, but I’ve also been skimming through looking for stuff I want to change.

So Tojet has been revised for 2020, and I’m about to start the process with The Lighthouse.  I really look forward to updating Lighthouse because–even though it seems like everybody else prefers Tojet–The Lighthouse is my favorite of the two, with its Gothic themes and–I think–superior writing.  Yet everybody likes Tojet better.  Go figure.  😉  [Update: Lighthouse is done; see here for links.] Tojet is a fairy tale for adults.  A mysterious girl named Tojet appears in a convent-run school one day.  Two teachers, Sister Elizabeth and oddly-named Merkit Terjit, take her under their care.

But is she a lost, imaginative orphan or a time traveler with fairy powers?  How does she know who Merkit is and how he was named?

Tragedy drives her away, but she returns as a young, beautiful woman, far more mature than she should be.  She shows Merkit a world of obsession and dark fairies.

He can’t help falling in love with her, but what about the monastic vows he’s about to take?  Can he fight the temptations that surround him?

Written by Nyssa (penname Nerissa McCanmore), this novel is a combination of the fantasy, time travel, and Celtic genres.  It combines the author’s imagination and European fairy lore to create the world of fairies in the novel.  This is not a child’s fairy tale.

A nine-year-old girl appears at a convent-run school in the 1990s, saying her name is Tojet and she, a Celt, was born on a fairy mound in England in 566.

Merkit, a lay teacher, takes her into his home when asked to do so by Sister Elizabeth, a good friend of his.

Tojet says that the fairies of the mound have always favored her.  They gave her the ability to transcend time, chose Merkit as her husband (knowing, unbeknownst to Tojet, that his wife would soon die), and named him so Tojet would recognize him.

Tojet now gives Merkit what she calls dream visions: interactive and sometimes dangerous dreams of her world of good and evil fairies, mixed with sixth-century Anglo-Saxon life.  The longest dream vision takes him underneath the surface of the Atlantic Ocean, where he encounters mermaids, mermen, and undines.

When Merkit’s wife dies in a car accident, Tojet feels guilty because, for a moment, she wished his wife would leave.  She disappears, taking all her belongings with her.

After two and a half years, Tojet returns­–aged by nine years, mostly spent in other centuries.  Now beautiful, brilliant, and well-educated, she wants to claim Merkit as her husband.

However, he has entered a monastery, and does not wish to leave it.  Tojet does not give up on Merkit, and resumes showing him dream visions.

Without meaning to, she also leads him into dangerous experiences with fairies­–and into temptation.  Two prominent figures in the dream visions and real life are the fairy queen and the goblin king, who are their ambivalent allies.

—So far, this book has been given the highest rating by four readers.  Also see professional reviews here and here.  [Update: Last link was to Wayback Machine, but doesn’t work anymore for some reason.]  Excerpts:

Ms. McCanmore does an amazing job of bringing fantasy and reality together. Tojet grabs you and brings you happily into her world. I found myself waiting on the edge of my chair for a new story to emerge. The story is wonderful and the characters of Merkit and Tojet are endearing; I also found Sister Elizabeth to be an inspiring character.– Fallen Angel Reviews

TOJET is a fantasy inspired inspirational story brought to life by author Nerissa McCanmore. . . . TOJET is a story that mixes many elements which on the surface would seem mutually exclusive. Strict Christian faith from both Tojet and Merkit and faerie opulence. Faith in one’s God and devotion to Him, or secular love. Is it a sin to lust after Tojet after devoting his life to the church, or would God want him to love this woman? Are the faeries pushing him to love Tojet or God or is it his own free will? . . . Interesting and unusual, TOJET is a good book if you are looking for something different.– Romance Readers Connection

A modern fairy tale, Tojet really brings the realm of fantasy to life. Nerissa McCanmore really knows how to paint a picture. Here’s a quick synopsis:

A little nine-year-old girl named Tojet appears at a Catholic school, where an orphan named Merkit Terjit teaches fourth grade with Sister Elizabeth. Tojet is an imaginative little orphan herself that talks of living with fairies, traveling through time and about how she and Merkit are betrothed.

A few months later, tragedy happens, and Tojet disappears for three years, only to reappear as a beautiful eighteen-year-old maiden to a very bereaved Merkit, who has decided to become a monk, and is about to end his time as a novice and take his first vows to actually become a monk. Now, he must choose either Tojet or the monastic vows he is about to take.

Throughout the book, Tojet takes Merkit on dream-visions (a power taught to her by pixies) where he experiences a world that most of us only dream about: fairy hills, exotic creatures, and European life in the 6th century. He experiences feelings and desires that we can only imagine; lusts that we can barely comprehend. He is abducted by a mermaid, entranced by a fairy queen and is disgusted by goblins. When she returns to him as a maiden, hoping he will accept her as a bride, her dream-visions become more sexually explicit.

McCanmore deserves props for her attention to detail; not only her definitive descriptions of dress and surroundings, but also to historical detail, citing the evolution of language and time measurement.

The only part about this book that isn’t in every way perfect is the end. I felt as though almost robbed of the climax by too much happening within the last couple pages. That aside, Tojet is a wonderful piece of work; a perfect introduction of an author into the fantasy genre. I give it a big 3 thumbs up. fairies and pixies and all things fantastic . . .

[6 stars] 17 Feb 2005 (updated 17 Feb 2005) by aurorawolf Beautiful writing! Scenes such as this one stirred up my old childhood fantasies and made me smile: “The fairy child flew up to his shoulder and kissed his ear. “You’re friendly,” she said. “We like you.’ Merkit tumbled down to the floor and sat there, laughing. He had wet pixies in his hair, a fairy on his shoulder, fairies in his sink, and a Celtic medallion in his hand. What more did a person truly need?” (This is one fairy tale worth reading!)

Where did this story come from?

Tojet was based on a dream I had in 1996.  The dream itself was caused by a story in Science Fiction and Fantasy magazine, in which Alice Liddell (of Alice in Wonderland) was a child vampire trying to tempt Lewis Carroll.  My dream took on a life of its own after I wrote it down and began plotting out a story. 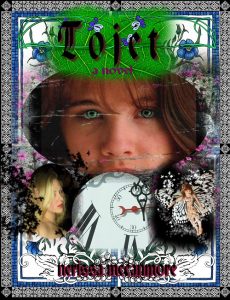 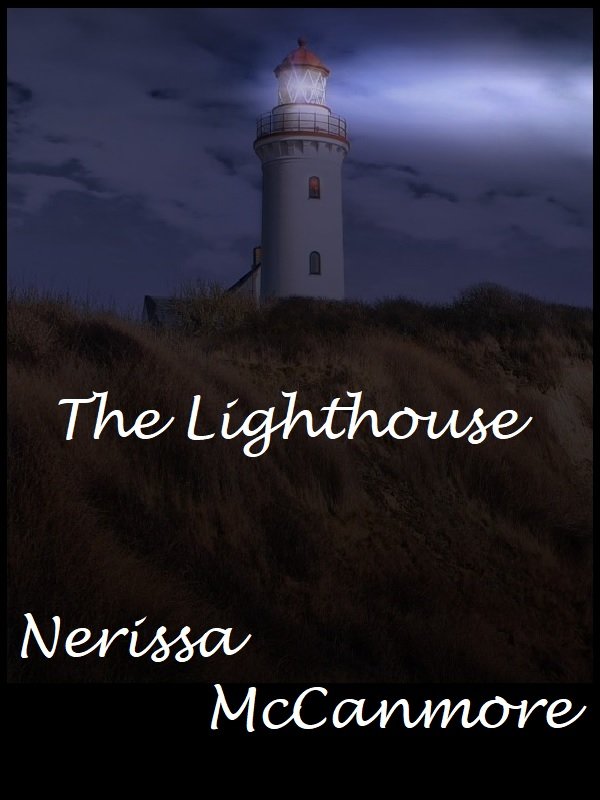 Tojet is a fairy love story; The Lighthouse is a Gothic story collection.  To learn more, click on the above pictures.

What I’m Working on Now:

Typing An Unwilling Time-Traveler, a novella I wrote in high school, onto my main website, revived my old passion for that story.  Ever since October 2015, I have been working on a full revision.  The original was about a teenage girl abducted to Nazi Germany by a time-traveler; the new version has become far more complex.  Now woven in are various themes such as narcissism, authoritarian religion, and falling for a Svengali figure.  You can read about my revisions in my writing blog.