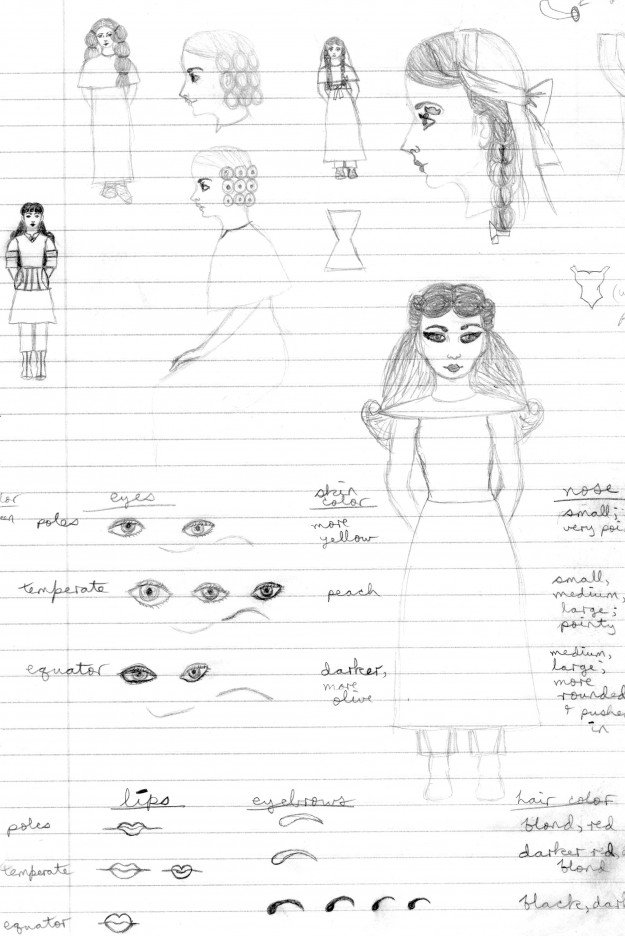 Shilva, a Martian. Ancient Era, I think, though it’s hard to remember exactly–My Martian drawings and histories were lost in the Great Accident of 1991 (described here).  😛  : 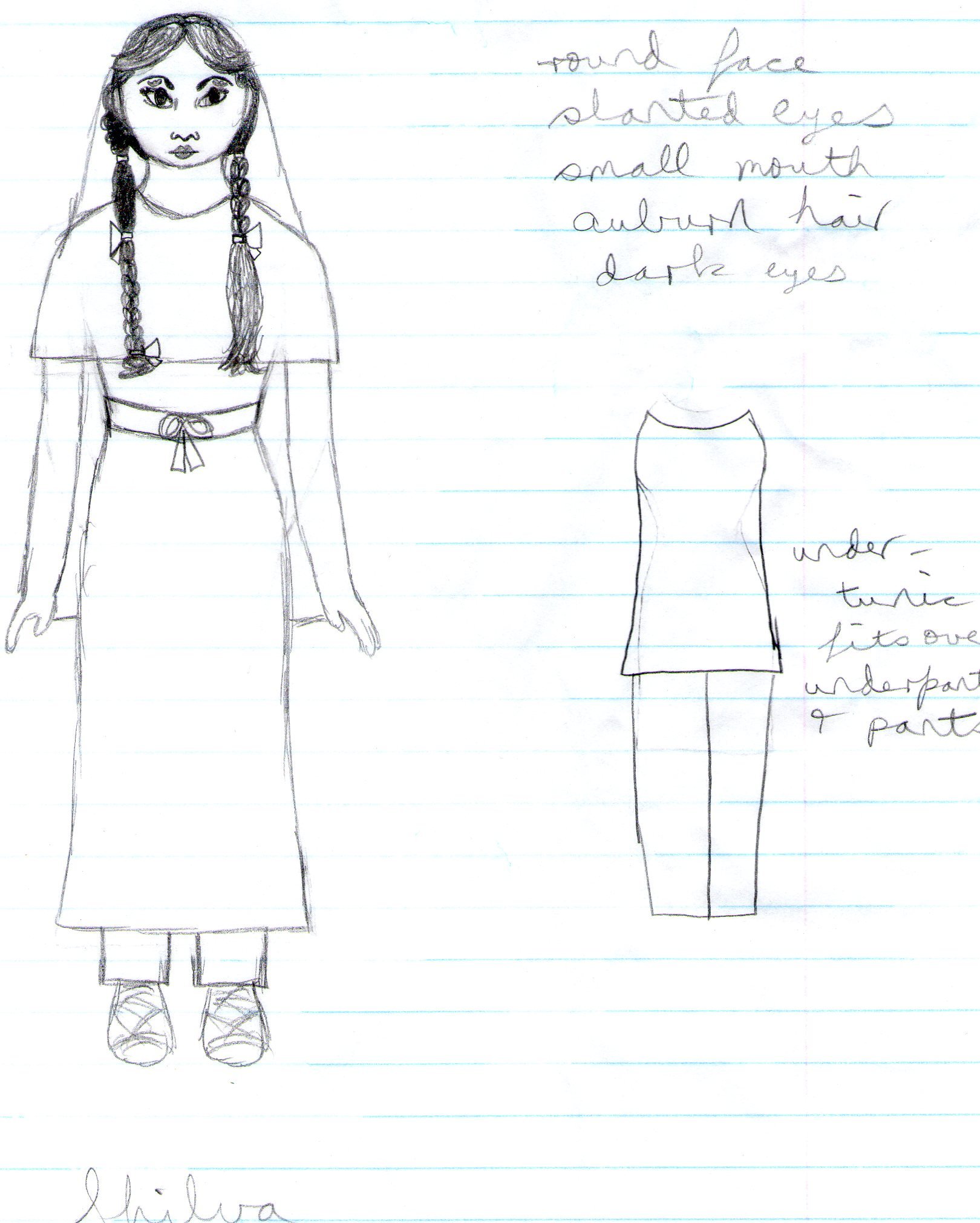 As a child, I made up various planets and civilizations for my stories.  Back around middle school, I developed my own alphabet for the characters and drawings I was always making for Martian stories.

These gentle creatures had their own eras, fashions, customs….They used orange to match their planet.  The women even painted their faces like Mars, with orange and white patches for the poles.

They believed in God, and did not sin, never had a Fall, as hypothesized by Jonathan Swift centuries earlier.  The alphabet was based on the International Phonetic Alphabet.

One day, I made a document based on the Rosetta Stone: English (for the planet Spimpy, colonized by Earthlings) on the top, Martian (Shah-Lee) in the middle, and some other language (Uranus, maybe?) on the bottom.

I’m glad I made this, because several years later, my mother inadvertently tossed a whole bunch of my Martian pictures and stories, including the alphabets.  Here it is: 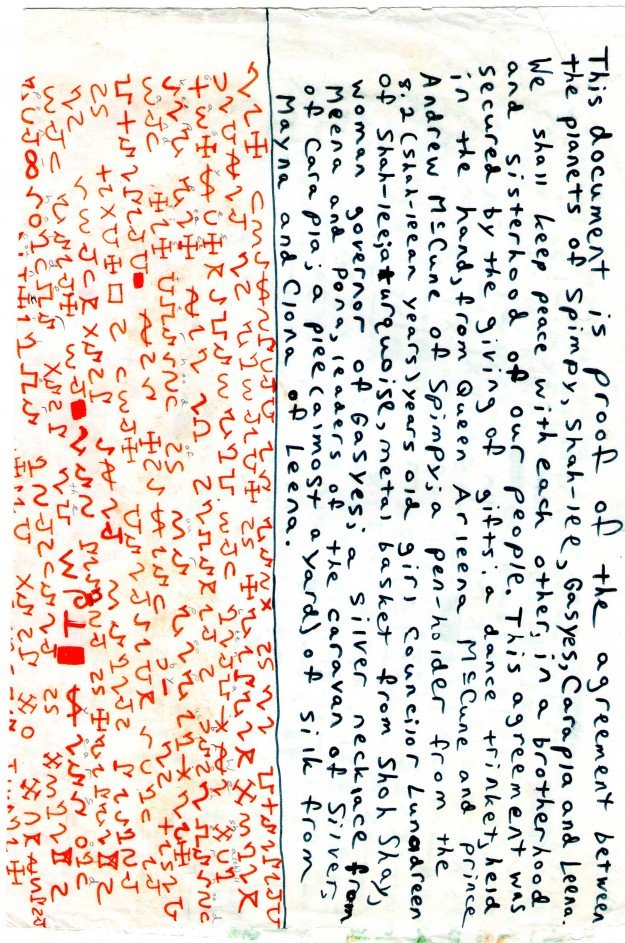 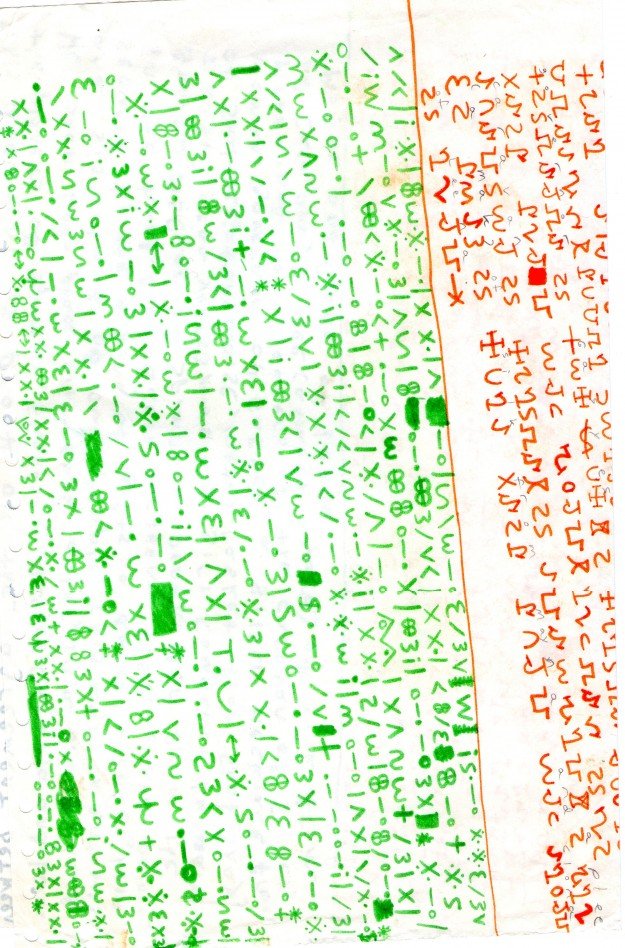