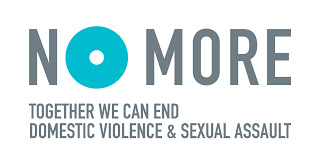 o    Today I became part of something amazing! It’s called NO MORE, and we’re using a powerful new symbol to unleash national attention on an issue that impacts 12.7 million of us every year. That’s 24 people every minute. Check it out at www.nomore.org.

o    Did you know that 12.7 million people are physically abused, raped or stalked by their partners in one year? That’s approximately the population of New York City and Los Angeles combined. Now there’s a new symbol that says NO MORE. Check out NOMORE.org on Facebook and at www.nomore.org. Take the pledge and say NO MORE to domestic violence and sexual assault.

o    Together we can end domestic violence and sexual assault.