(Other than an advanced reader copy of this book, I was not compensated for my review.) 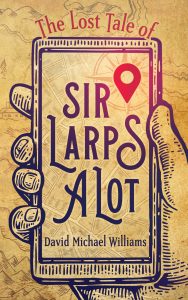 A small group of young teenagers fears their LARP game is about to end, as high school looms and their game master is about to move to Oregon.  They’ve been acting out fantasy role-playing games, in the style of Dungeons and Dragons and with lots of puns, in Hobbs Woods near Fond du Lac, Wisconsin.  They are described in the book as:

“Lorenzo Lopez would much rather larp than worry about starting high school or saying goodbye to his best friend. As Sir Larpsalot, human paragon, he is eager to prove himself, though his heroics could tear the party apart.” 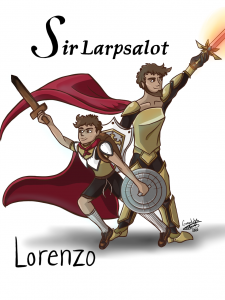 “Asher Brzezinski plans one final larp for Good Company before his family moves away, but everything goes wrong. As Elvish Presley, elf minstrel, he has played many roles, but never before the damsel in distress.” 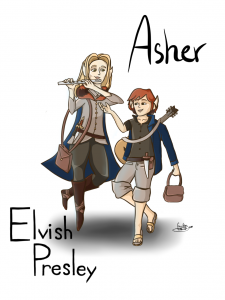 “Makayla Schmidt unleashes her inner tomboy when she larps, though she also has a secret reason for playing. As Brutus the Bullheaded, minotaur berserker, she buries her feelings beneath a tough exterior—until she can’t.” 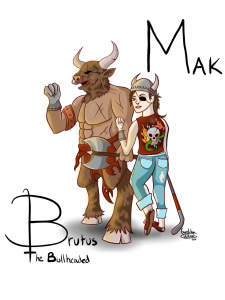 “Trent Hawthorn thinks larping was fun while it lasted, but he is ready to grow up and meet girls. As Tom
Foolery, a dwarf clerogue, he must remain a geek a little longer if he wants to keep himself and his brother alive.” 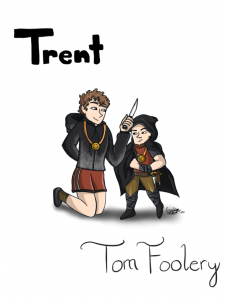 “Jonathan Hawthorn doesn’t care if the others call him a know-it-all because it implies he truly knows everything. As Master Prospero, human magus, he will do anything to complete their quest, even if he has to do it alone.” 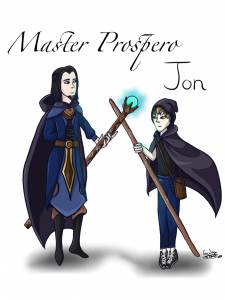 Asher disappears right before his family is supposed to move, so the rest of the group goes looking for him–only to find themselves in a strange new world where magic is real and their childhood toys can’t conquer actual monsters.  They don’t know who to trust, who’s an enemy and who can help them.

I loved the local color, along with the colorful characters: Mak the punk-rock girl, Jon the Aspie, Trent thinking he’s too “cool” to be a geek (while spitting all over the place).  Each chapter begins with a humorous description of roleplaying terminology, so you’re not lost.  The kids swear, but most of it is in Mak’s “minotaur” version, making it cute–and family-friendly.

More information on the book is here.  You can buy it on Amazon.