Remember the troll brigade that frightened me out of my wits three years ago?  Well, I sure do, because they never quite went away.  (Story under the Trolls category.)

Though to my great relief, they started to leave me alone, they still harass their usual target, “S,” to this day.  They accuse him of being a catfish who’s really a woman named JO–an accusation perpetuated by a reality show which has been playing along to hide a scandal (while S insists on exposing the whole thing to reclaim his good name).  It’s all very Kafkaesque.

Meanwhile, S and I became friends, especially after the trolls targeted me.

Well, I have witnessed S’s gradual opening up online to the public.  He has a blog and a Twitter account; he has revealed more about himself to the world over time, including photographs and a podcast.

But his reticence to give out personal information is understandable when he’s being stalked.  You’ll note I don’t give out my personal identifying information out on the Interwebs, either, not even pictures!  Lots of bloggers and Tweeters use photograph avatars, but not me.  Whenever people click on my own About Me sections, they find pictures I drew of fictional characters or myself when I was young–but never a photograph.  And certainly no real names.  There are creepy people out there on the Net, ya know.

The other day, I finally got a chance to listen to S’s podcast, which for me was the final proof, because there was his (male) voice and a real person (verified) interacting with him; he said on the podcast that she’s come to visit him a few times.  Someone loosely connected to the reality show also claims to have met him.

The trolls tried to make him out to be some scary person who preys on others–but he’s actually very sweet.  He certainly never preyed on me.  The only people behaving in any kind of frightening manner, were the trolls.

While the trolls stalked me three years ago, one of them, M, sent me an e-mail which frightened and appalled me very much–especially since I had no idea she even knew about me or was watching my Twitter.  She was now “against” the other trolls, even though she was still trolling and harassing S.  I tried to find out more about her, and posted something on Twitter about what I found–and she sent me this message in my blog Feedback:

Hey I’m M that the “trolls” target on Twitter. By trolls I mean “S’s” trolls. To be fair, “S” a.k.a. JO targets me as well. I can briefly explain what’s going on from my perspective, I hope. FIRST of all, “S” and “L” are not real. Period. Both are played by JO. There’s many videos on YouTube that I’ve put up regarding this catfish scenario, and I use to run a blog about the catfish and her blog posts/twitter updates. It was all in fun. Until the trolls began to shame JO for being heavy and/or gay. I at that point began documenting their behavior and displaying it on my blog. Specifically their Twitter behaviors. I’ve been keeping an eye on the happenings of both JO and the trolls for months due to some legal stuff coming up. Believe me, once it’s over you’ll hear about to what I’m referring. Anyhow I noticed the trolls had also targeted you and it looks like recently you said they accused you of being me. You referenced me as unsavory? I am not cut of the same cloth as those trolls hence why I’m their target. I don’t care if you do or don’t believe “S” is real. It’s your life and that’s not my business. I’m not involved in this lame drama to educate anyone. I have no twitter account currently as I deleted mine almost a year ago. I just want you to know that people are documenting the “troll” behavior for a greater good and soon I imagine you will see exactly what I mean. I hope they leave you alone but be careful, they are not your normal trolls and will attempt to bleed the online drama into your real life.

Hm.  This looks even more bizarre now, and M’s hints at coming “legal stuff” turned out to be nothing more than M trying to threaten and slap people with restraining orders.  I could see in online court records that the restraining orders never really went anywhere.

Meanwhile, JO has nothing of consequence on her criminal record, certainly nothing connected to any kind of scam or predatory behavior, which would be amazing if she truly did all that she’s accused of by these trolls.

There was even a stunt where the trolls pretended M was dead, but she’s still alive–Either that, or Wisconsin now allows ghosts to vote with a valid ID.  (Wisconsin makes voting records easy-peasy to check.)

The funny thing is that re-reading and posting M’s message still gave me the shakes 3 years later.  Notice how she distances herself from the other trolls even though she was originally one of them–“Well, I am not like them!”  I remember posting after this that I wanted no more contact from trolls.  M had sent me several other messages with fake names, so it also scared me to see that SHE was the anonymous person I thought was a friend.

Another point that scared me was the end, that “they are not your normal trolls and will attempt to bleed the online drama into your real life.”  This also went along with other scary things about the trolls that she had written in her anonymous messages to me.  That made me even more frightened of the trolls at the time.

Shortly after this, another troll even posted this comment:

Nyssa I’m sorry that I have been targeting you to tell you S is a scammer. U are right he does exist. I’ll tell my twitter trolls to leave ya alone now.

Another troll said she was lying, but I kept the comment up to kind of rub it in the trolls’ faces.  You can see it here.

Fortunately, that all died down for me, but they have a new target now, the person I mentioned above who was on the podcast with S.  She knows S personally, but the trolls have been hounding her about him being a catfish.  She validated me, making me feel like any normal person would be frightened of what they did–that I wasn’t just being hysterical.  I can also help her now.

It’s good to have other people to talk to who know what it’s like.  That helped me after the Richard/Tracy breakup at the beginning of this decade, talking to someone else they treated the same way: Todd.  It validates your experiences and emotions, makes you feel like you’re normal and your abuser is the problem.

I didn’t post M’s e-mail before, probably because I was so frightened at the time.  But now that S has proven himself to the world, I have more courage to pull out this bit of the story from where it had been hidden away for so long–and maybe, by doing so, I can heal myself.  Also, I’m amazed to see that the three-year anniversary of this 💩 show is on Monday, so this can commemorate!

I’m turning off comments because the trolls may still come in here.  After all, they still watch me sometimes, as I can see every time I post something on here about them. 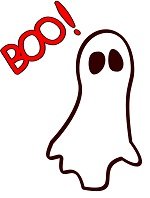